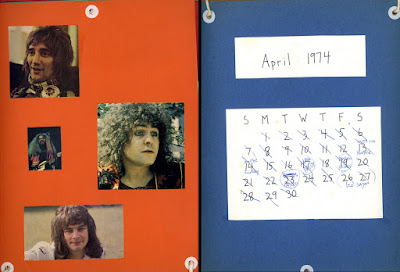 In April we saw Mott the Hoople and Alan Price in the
same week.These were both great concerts.
Alan Price had just released
his classic LP, "Between Today and Yesterday".
We saw him perform at The Great American Music Hall in SF.
We saw Leo Sayer at the SF Boarding House the following week.
Leo gained recognition from Roger Daltry's first solo album.
Being an unknown, he allowed Daltry to record his songs.
The success of that led him to record his own songs. It was
Leo's first tour of the USA and he wore
clown make-up and outfit.
Past Pages of British Rock Calendar