Irish Rocker, Rory Gallagher started out in a band titled,
TASTE. After two albums he went solo. I was lucky
to see him perform at the Cow Palace in
San Francisco in 1973. He had just released
his 3rd solo album, TATTOO.
You can see Dan's photos from the Cow Palace
concert and read our memoirs at -
Brit Rock by the Bay 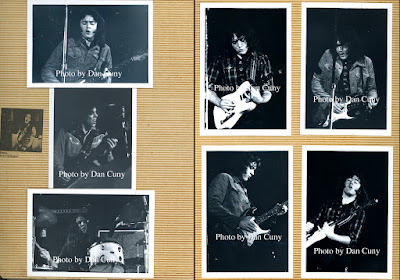 ON THE BOARDS was TASTE's 2nd release. This album
differed from other albums. Rory delved into Jazz and
also played woodwinds. 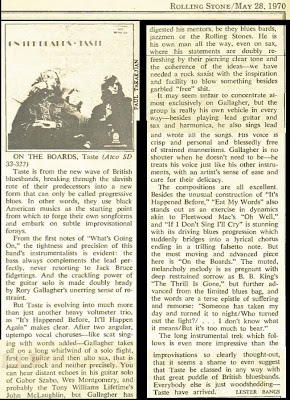 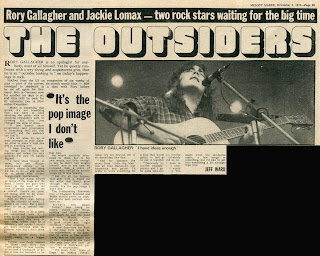 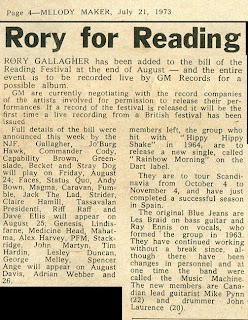 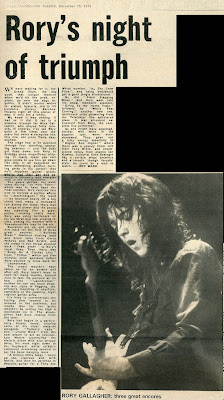 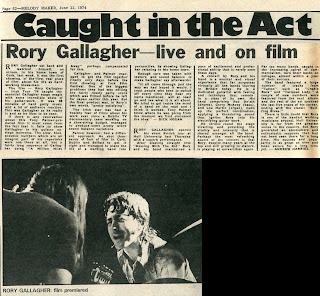 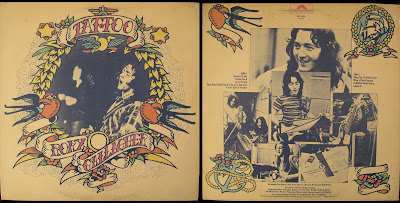 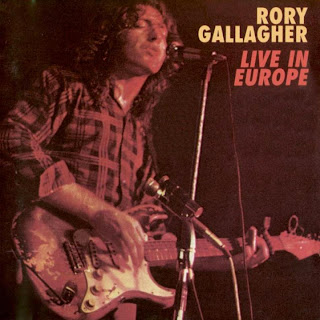 Rory continued to make many great albums, but died young
from the effects of alcohol.
You can read more - Rory Gallagher
and here - SHADOWPLAYS