MAY was a slow month as far as concert going. The Kinks cancelled. We did see Robin Trower. This was the second time we saw him. This concert opened with Golden Earring. Their big hit at the time was "Radar Love".  The top act was Sha-Na-Na. We left before they came on stage. We waited outside Winterland and met Robin Trower and James Dewar. They gave us their autographs and were very nice folks in person.
James Dewar's accent was so heavy,
we coudn't understand a word he said.
View past British Rock Calendar months 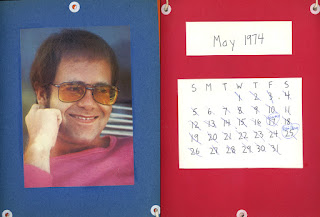