My friends and I saw the first concert that ELO did in
San Francisco 11/24/73. This was the first band
I photographed at Winterland. Below is my collection of
articles and albums by ELO, IDLE RACE, THE MOVE
and Roy Wood's WIZZARD.
To see my photos and read
our memoirs, go to -
BRIT ROCK BY THE BAY 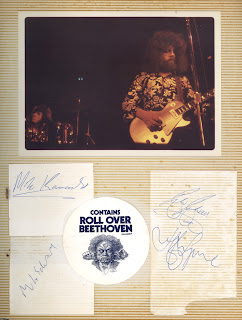 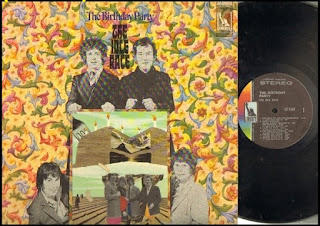 A very good review and history of
THE MOVE. 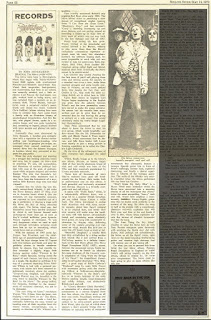 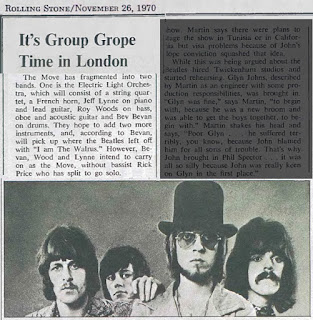 Another excellent review.
It not only gives details of the band and its history,
but gives the reader an intelligent
review of the music. 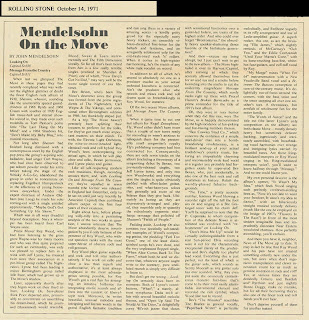 Below are the 3rd and 4th albums by
THE MOVE. They both include Jeff Lynne.

A detailed article about
Roy Wood's plans for the new version
of THE MOVE, which he is calling
ELECTRIC LIGHT ORCHESTRA, a
3 piece with Bev and Jeff. 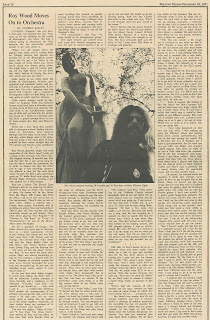 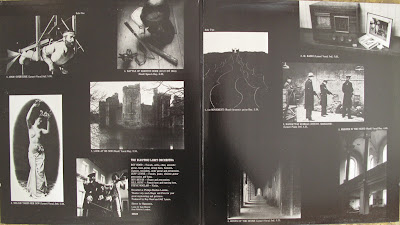 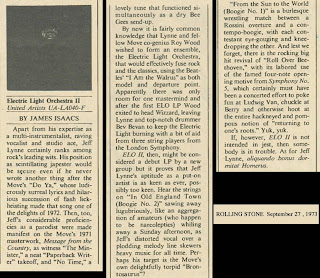 Roy Wood left ELO after their first release and
formed a new group, WIZZARD. The
first album is below.
Read more - Wizzard 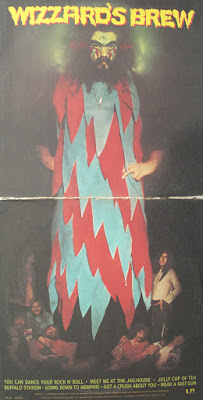 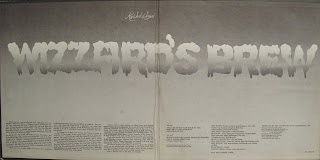 A very cool poster that was
included with the original album. 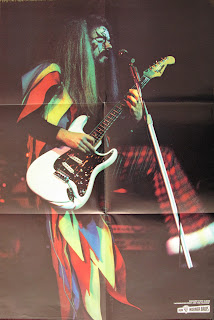 ELO toured the USA with the release
of their 3rd album. My friends and I saw them at
Winterland on 11/24/73 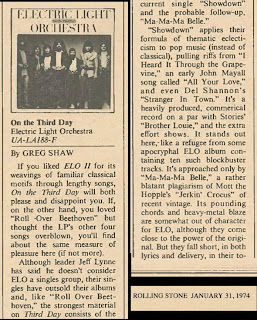 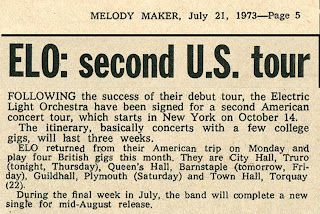 ELO played San Francisco again a year
after I saw them at Winterland. They had
established themselves as a major
rock group with huge success in USA 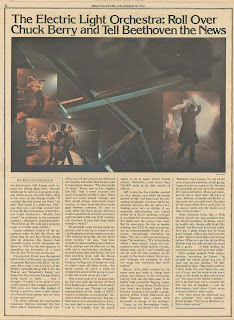 Roy Wood released another WIZZARD album,
sub-titled Eddy and the Falcon's.
Wood's interest in 1950's American music
and image was highly appearent on this album.
The last WIZZARD album
was titled MAIN STREET 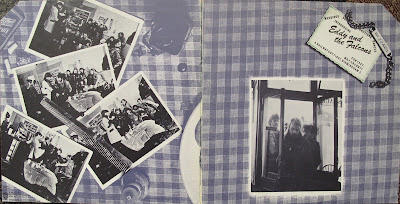 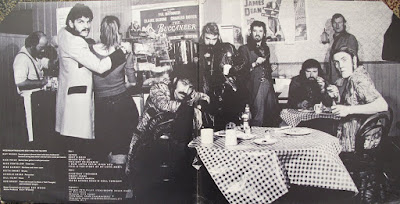 A few singles by Roy Wood
and Wizzard. 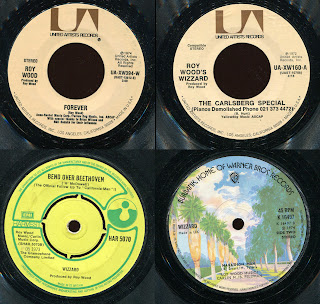 Wood then released a solo album in which
he played all but one of the instruments, sang all of
the vocals and drew the cover illustration.
He had recorded most of the tracks when he was still
with THE MOVE, but released this during his
time with WIZZARD.  An amazing achievement
by a very talented and under appreciated artist 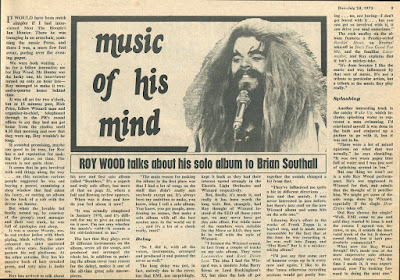 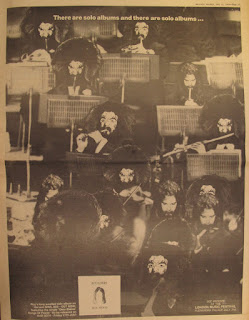 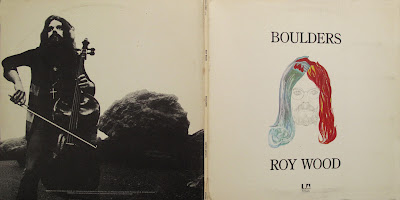 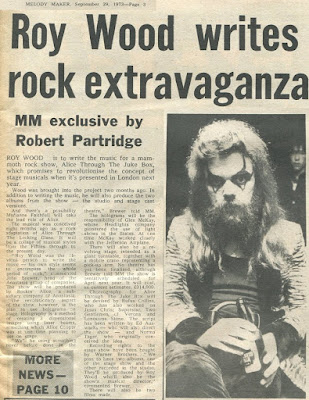 Hand Bills of Up Coming Concerts

These flyers are from the early 1970's.
Printed on cheap construction paper, these were usually available at the record stores in the Bay Area. Most were printed on one side. Some were printed on both and may have an ad, like the one for Slade, shown here. The early ones were just text, but later they added photos and graphics. Few of these have survived. Amazing to see the many bands that toured and for around $5. This was before Rock music became a major corporate controlled business! 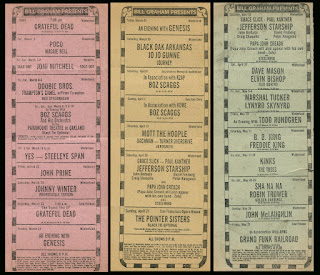 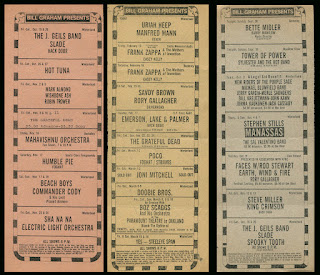 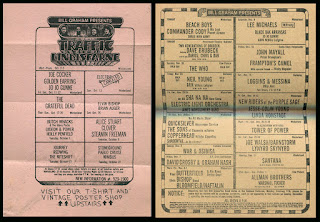 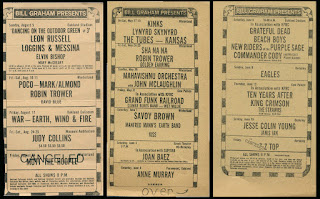 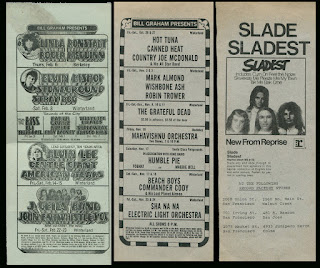 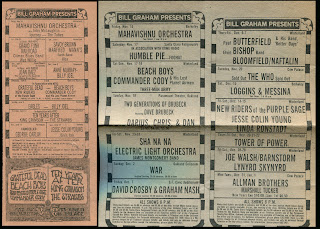 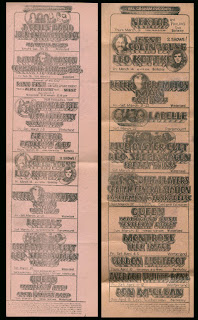