Lindisfarne was formed in the late 1960s as a folk/rock band. They had much success with their first two albums, “Nicely Out Of Tune” and “Fog On The Tyne”. Their next album, “Dingly Dell”, was not as successful. They  failed to have a hit in the US and had differences of how the band should move forward. Three members left to form Jack The Lad, which had a more traditional folk sound. Alan Hull recruited new members and continued on as Lindisfarne with a heavier rock sound. Alan Hull, who was the main song writer, released a solo album, "Pipedream”. He continued to play with Lindisfarne and release solo albums until his death in November 1995. The band has recorded and performed in various forms since, but has never reached the level of success they had in the beginning.

My friends and I saw Lindisfarne perform live in
San Francisco at Bill Graham’s Winterland Arena
on October 3rd, 1974.


A history of the band from The Harmony
Illustrated Encyclopedia of Rock
by Mike Clifford. © Salamander Books 1986 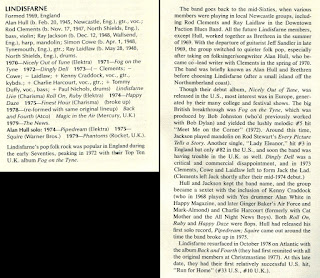 A US review of their first album
has mixed feelings. November 25, 1971 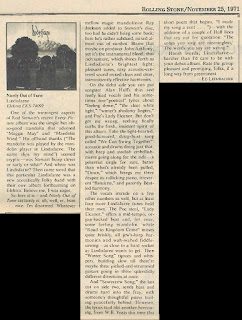 Another mixed review from the US
of their second album, June 8, 1972. 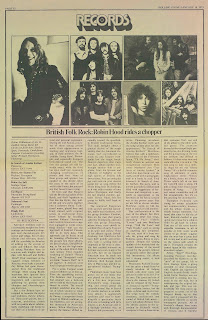 A review of their live
album with the original
members. July 28, 1973. 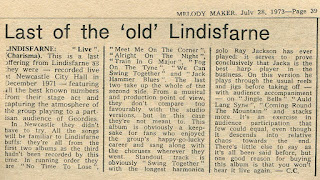 These are some of the albums.
(Thanks to Gary Hodges
for generously lending me
these from his personal collection.)

NICLEY OUT OF TUNE, their first album
and considered one of their best,
released 1970. 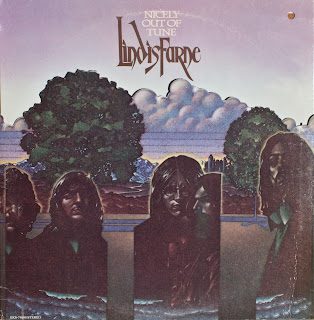 This a flap that pulls out to
expose this photo of the band. 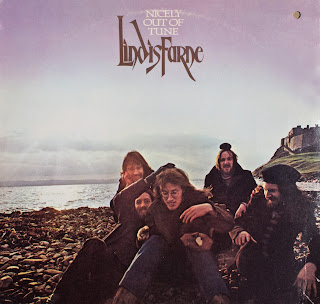 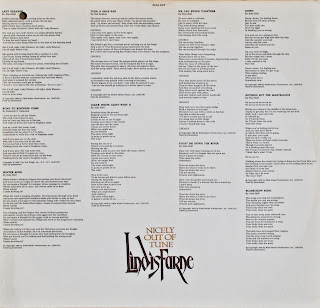 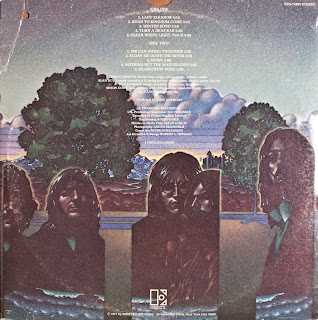 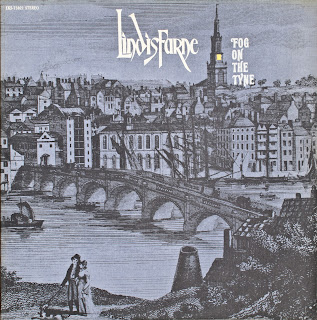 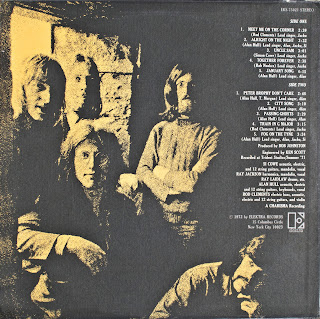 Their third album, released 1972.
They toured the US for the first time. 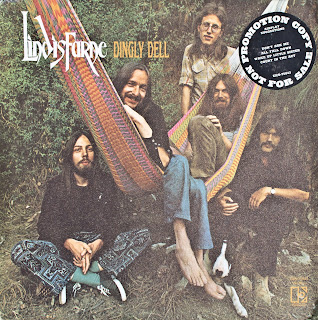 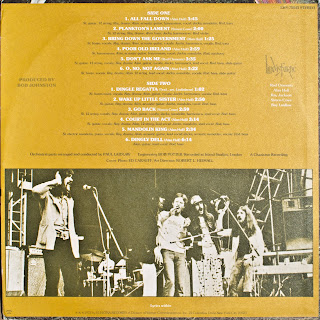 After Dingly Dell, three members of the band
split to form JackThe Lad. 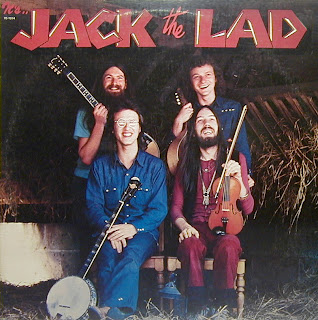 Lindisfarne reformed and released
their fourth album in 1973. 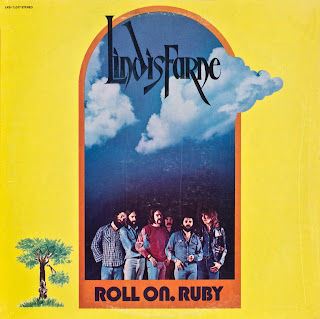 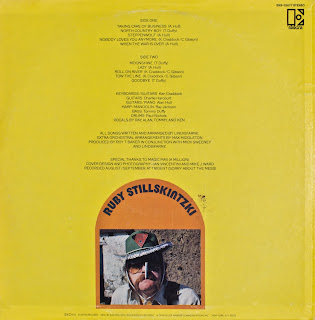 Alan Hull's first solo album
was released in 1974, too. 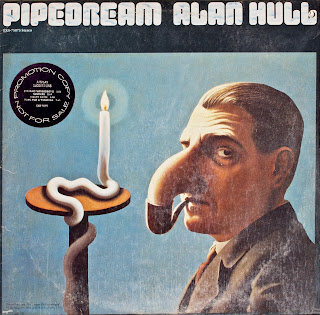 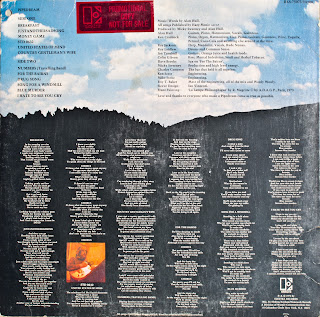 Their fifth album, released in 1974.
They toured the US in the Fall. 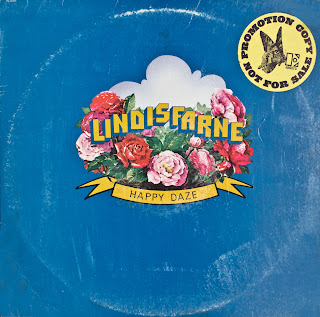 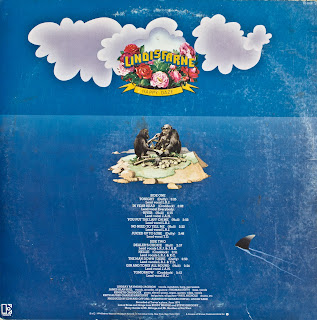 Sleepless Nights was released
in 1982. It was the first album
on their own label. 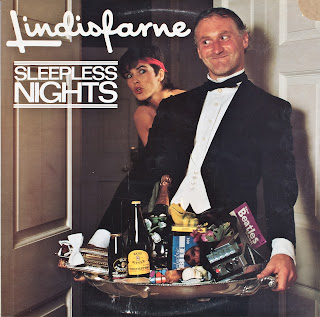 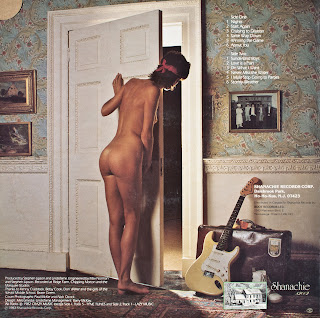 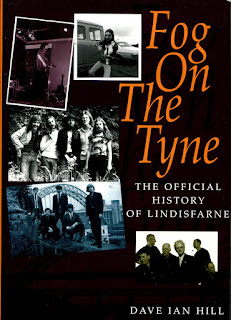 Alan Hull died suddenly, November 1995
at the age 50 of a heart thrombosis. A plaque
in his honor was placed in his hometown. 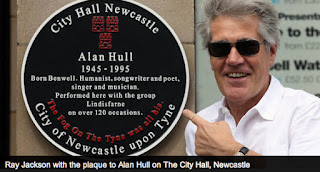