The concert was performed
on the U.C. Berkeley Campus
March 10. 1974 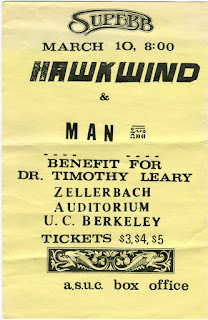 This is Zellerbach Hall on the UC Berkeley Campus.
Not the usual sort of place to have a concert
like this, but that was the 70s. 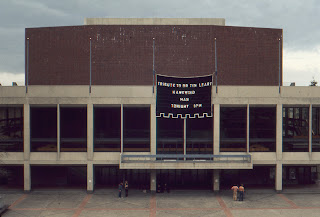 These items were available, as was a poster,
which I didn't buy. Not the usual handbill that
one might pick up at a Bill Graham concert.
I am not sure of the meaning behind this graphic. 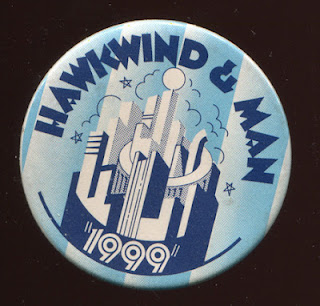 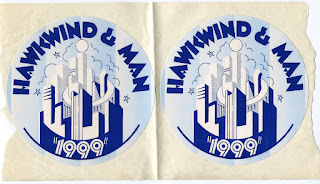 On the ticket Tim Leary's wife got top billing.
She came on stage between acts and made a call
to Tim, who was serving time in prison.
She was not able to get a good connection and just
sat there repeating his name over and over.
I guess Tim wasn't in that day. 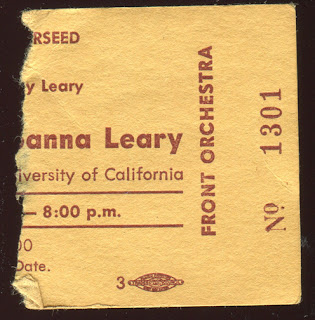 I love these autographs. Lemmy's "Aaaaaaagh!"
and Nik Turner's, barely legible, "Stay high"says it all.
Lemmy invited us back stage to meet the band! 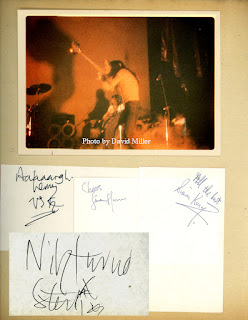 The MAN band were on hand and crawled
out of a station wagon and politely
gave us their autographs.
Great guys! Great concert! 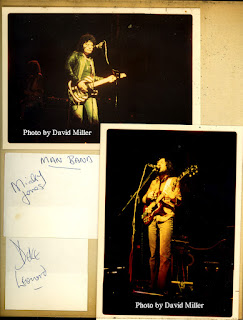 Article is from Beat Instramental
magazine 12/71 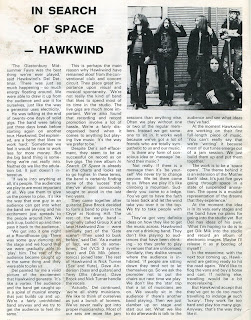 Article is from a free tabloid titled
"Los Angeles' Phonograph Record"
from January 1973. 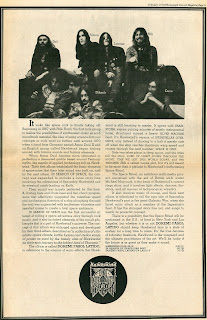 This is a very rare interview with Hawkwind's
Simon King. Published in "SOUNDS",  9/1/73 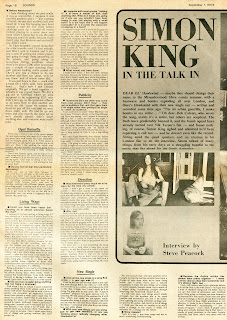 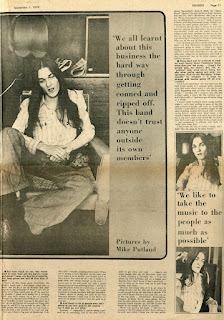 "SOUNDS" tabloid from January 1974
published a review of Hawkind with a
photo of Stacia. 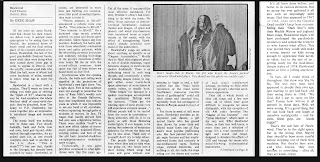 From an unknown source. 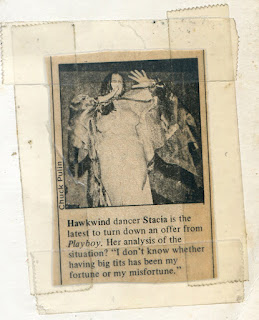 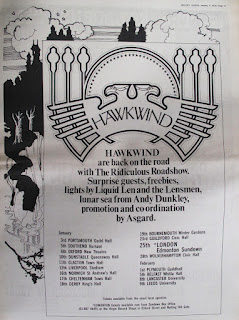 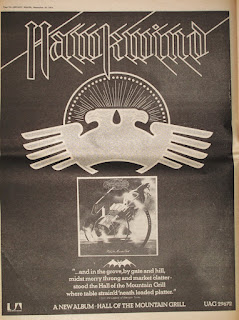 The front and back cover to the LP
DOREMI FASOL LATIDO

The inner sleeve to the  LP
DOREMI FASOL LATIDO

The front and back cover to
Hawkwind vinyl 45 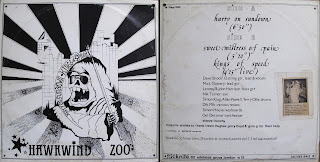 To read more about Hawkwind -
BRIT ROCK BY THE BAY

MAN made the cover of the Melody Maker,
the British equivalent of Rolling Stone,
on 10/27/73 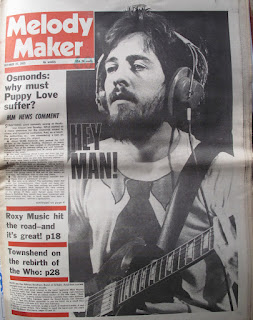 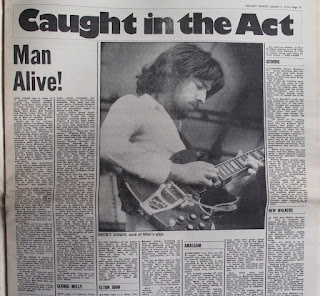 To read more about MAN -
BRIT ROCK BY THE BAY