To see my photos and read our
memoirs of the concert, go to -
BRIT ROCK BY THE BAY
The photo below shows me just to the left
of Rick Wills. You can see my camera in hand.
My friend, Gary, is next to me with long hair
and glasses. This photo was taken by
Steve Caraway
Photo by Steve Caraway 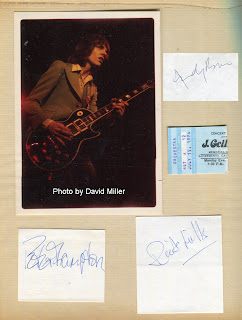 Peter goes solo in this article, 9/72 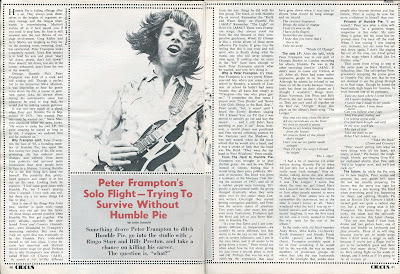 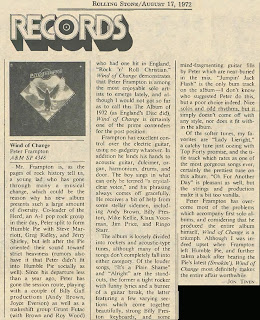 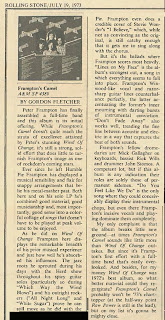 Andy Bowen was in The Herd with Peter
and later joined his band, Frampton's Camel.
This is Andy Bown's autograph and an
early article on him in SOUNDS 7/21/73. 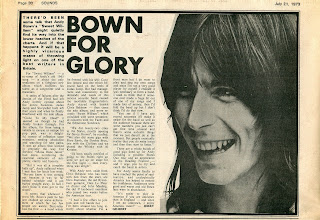 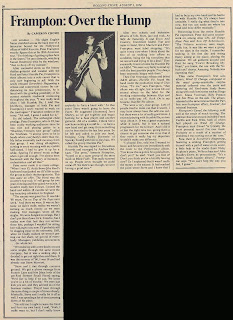 Peter Frampton's first album
with The Herd.
I Don't Want Our Lovin' to Die (live clip) 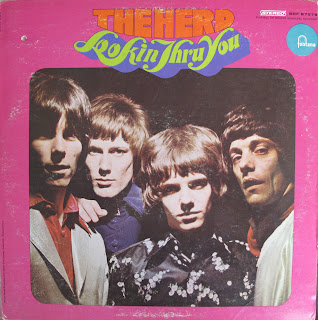 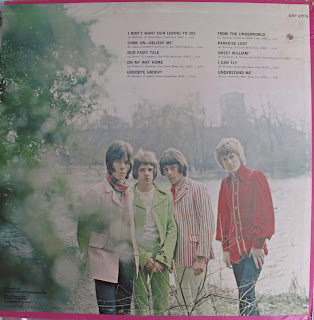 Because of his good looks, Peter was popular
with the teeny-boppers and appeared in many
pop rock mags in the 60s. Here is a piece from
FLIP magazine 6/68. Keith appearantly didn't
bother to check his facts. 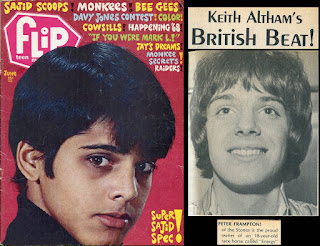 Peter's first solo album, after leaving Humble Pie, was
WIND OF CHANGE. It was released by AM in 1972.
Peter plays guitar, organ and percussion. Ringo Starr,
Klaus Voorman, and Billy Preston played on this LP as
did Andy Bowen & Rick Wills who later joined him
in his band, Frampton's Camel.
It stands out as one of his best efforts
and a personal favorite of mine. 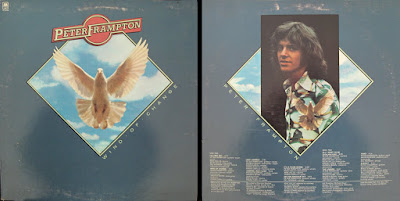 His 2nd release was Frampton's Camel,
also published by AM the following year.
An excellent album. He covers a Stevie Wonder
song, I BELIEVE (WHEN I FALL IN LOVE
IT WILL BE FOREVER).
Peter was a fan of Stevie Wonder
and even got the idea of the guitar mouth
piece on DO YOU FEEL LIKE WE DO?
from Stevie Wonder. 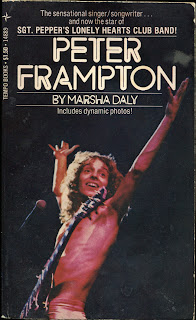