Uriah Heep toured the US a lot in the 70s. I saw them play
on two occasions. The first time at the Berkeley Community
Theater, 10/24/72. Then again at Bill Graham's Winterland
in San Francisco, 2/10/74. At that concert my friends
and I  met the band and were able to get
all five autographs. They were very friendly. Sadly,
Gary Thain died a short time after this,
as did David Byron a few years later.
To see my photos from that concert
and read our memoirs, go to -
BRIT ROCK BY THE BAY
The band's autographs and
confetti I scooped off
the stage after the concert. 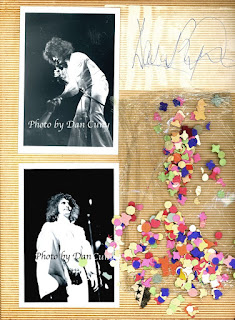 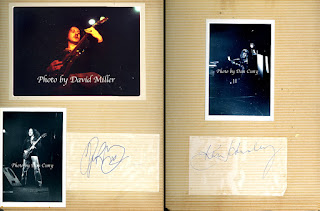 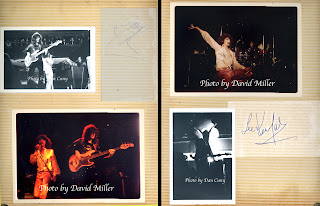 This is a Press Package. A simple folder with publicity shots, reviews and other basic information on the band. These were put together by the record companies and distributed as a promotional device to DJs, newspapers and concert promoters. I found this one at a shop that sold rock posters, T-shirts, etc. 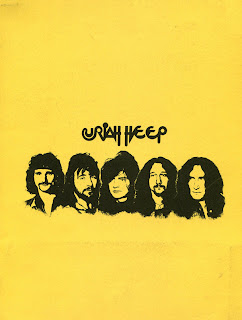 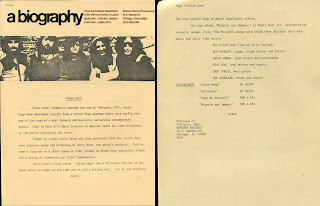 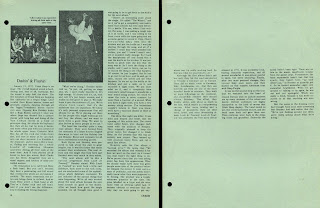 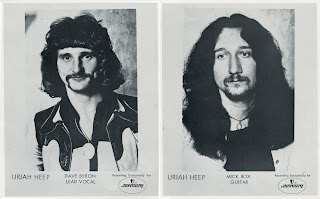 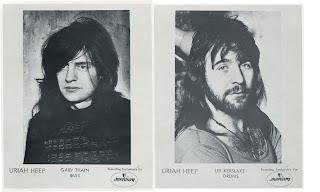 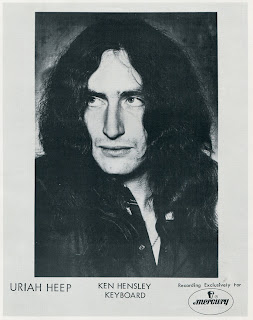 The review of their first
album was not very
positive.

Their next albums received
better, but mixed reviews. 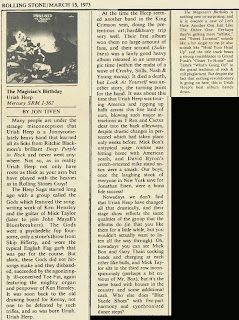 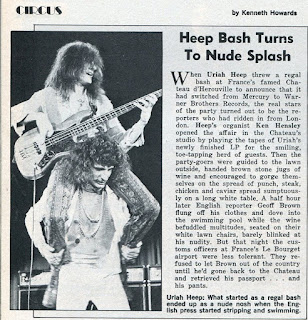 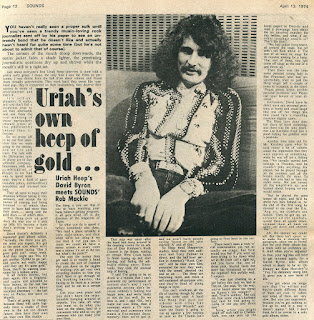 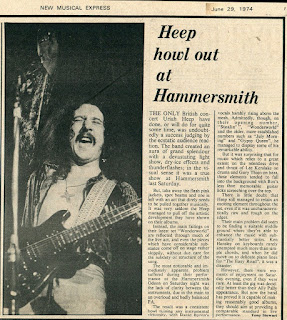 Gary Thain was electrocuted on
stage. His substance abuse
and injury led to him
being replaced by John Wetton.
He died in 1975. You can read more
about him - Gary Thain
Gary Thain (audio clip) 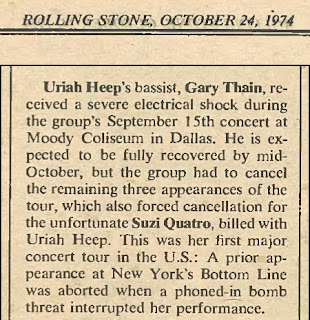 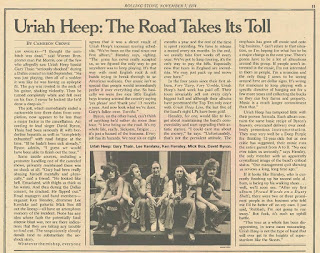 Their first albums
used strong graphics
that at times were
nightmarish!

This is the British edition cover
of their first album. 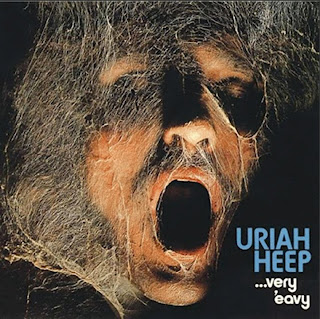 Their second album, Salisbury,
is one of their best efforts.

For their next two albums they
had Roger Dean do their
cover art. They are among
my favorite covers with
photos and art inside and out.
The album "Demons and Wizards"
is considered their best
work by many. 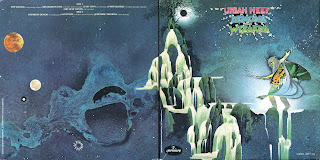 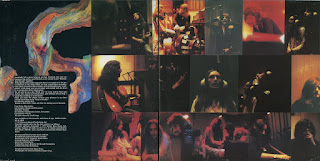 The next album, "Magician's Birthday"
is very good, but weaker then
the previous album. 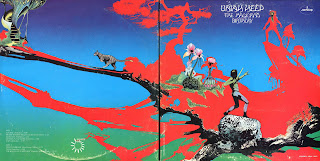 This was Gary Thain's last recording.
He died around the time of
the album's release. 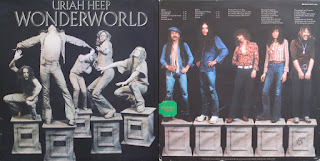 Gary Thain had previously
been in The Keef Hartley Band. 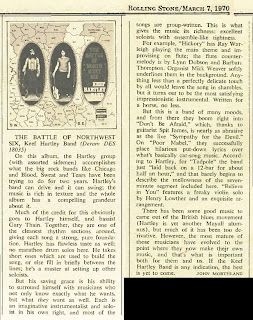 TOE FAT was a band that Ken Hensley and
Lee Kerslake were in before URIAH HEEP.
They were on the"Rare Earth"label, which
was a subsidiary of "Motown".
The cover art has been a favorite of
mine in the weird category.
Read more here - Toe Fat
Toe Fat (audio clip) 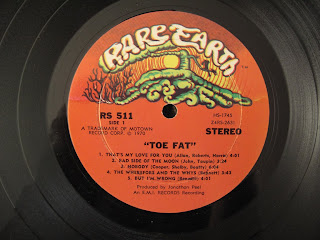 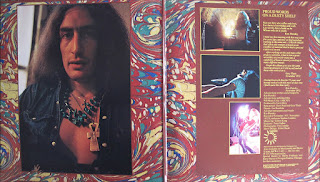 David Byron was fired from the band
partly due to his alcoholism.
He continued to record solo
and with others.
He died in 1985. 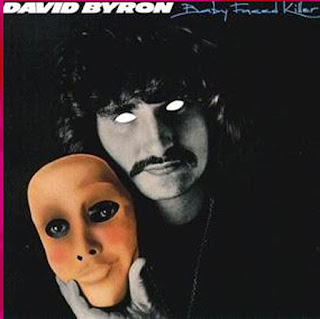